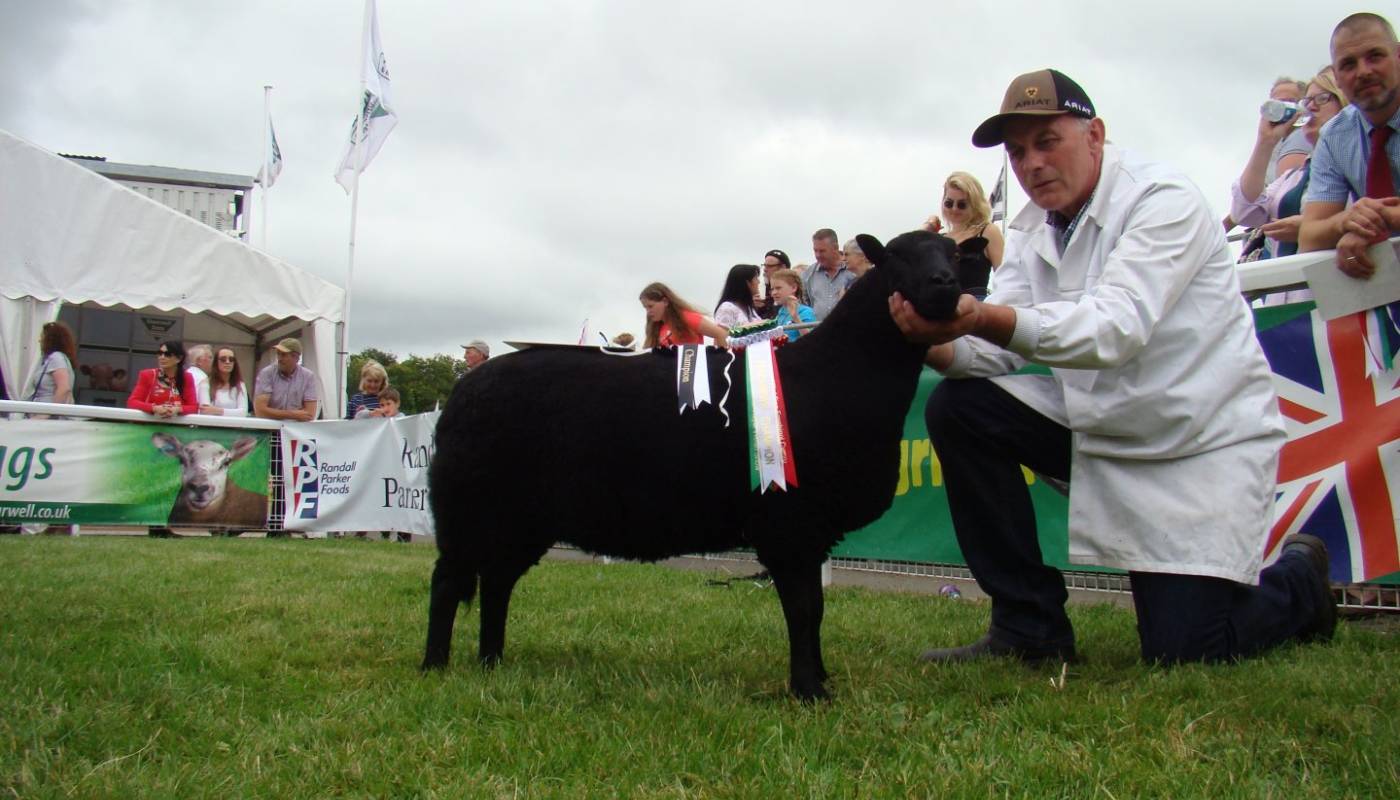 The Black Welsh Mountain Section at the 2019 Royal Welsh Show was a testament to the hard work of breeders and exhibitors, with a huge turn out of high quality animals for jjudge Mr Kevin Bowman to consider. He had his work cut out as some of the female classes were very large (42 in the ewe lamb class), but he rose to the occasion and at the end of a long morning, selected a shearling ewe bred and exhibited by Will Workman for his Breed Champion pictured at the top of the page. Further show photos can be seen on the gallery page.

In a virtual repeat of last year's championship, Will Workman's Fedw flcok took the Championship for the second year running while the reserve place went to a smart shearing ram from the Wenallt flock of Edd Williams.

Results in full below (these are taken from the Royal Welsh Website so apologies if there are any incorrect results).